Philanthropy and drinking a good mix at Texas bar

OKRA Charity Bar is a spectacular bar and a brilliant idea. OKRA stands for Organized Kollaboration on Restaurant Affairs. A group of owners of some of the best restaurants and bars in Houston got together to form OKRA. It’s a non-profit bar. OKRA donates 100 percent of the bar’s proceeds to a different Houston-based charitable organization each month. Bar patrons get tickets every time they buy a drink or food and then they vote for one of the four competing charities selected by OKRA. The winning charity gets all of the proceeds of the bar for the next month.

A Simple Thread, at Danny Vara’s suggestion, applied with OKRA to be one of the charities. Thread was selected as one of the charities to compete in April 2013. We were up against three other groups: The Orange Show, El Centro de Corazon, and the Houston Chapter of Surfriders. We were the smallest group, with no paid staff, and no big infrastructure. The competition started on April 1. That night, Sean, Danny, Lonnie, James, and Jac all met at OKRA and started forming a plan. To get our friends, family, and co-workers into the bar to vote for us, we would have happy hours. We would encourage other people to have happy hours, too. It was Lonnie’s idea to buy the first round for everybody who came to a happy hour. To get the people who were already there at the bar to vote for us, we would need to be there every night and we would need to talk to people — to tell them about Thread and to ask them for their votes. We decorated our voting booth space, first with words about what we do and later, with photos of the people we help.

Everybody pitched in and we had a presence at OKRA every single night for the month of April. Our hard work, creativity, and dedication paid off. We won the competition. On June 27, OKRA presented us with a check for an astounding, life-altering for the people we help, amount of $16,000!

We are so grateful to everyone who helped us win, who went back to the bar in May and bought a lot, and especially to OKRA Charity Bar! Thank you from the bottom of our toes — because the bottom of our hearts just didn’t seem deep enough for the gratitude we feel right now.

Photos from our month at OKRA: 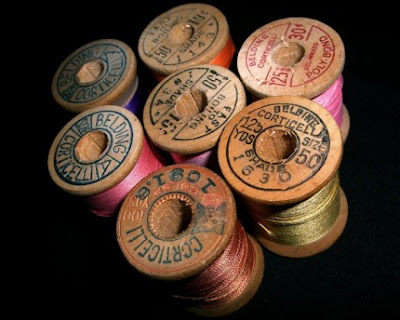